Within the framework of the International Health Meeting in Chile (EISACH), the programmatic managers of the presidential candidacies of Yasna Provoste, Gabriel Boric and Sebastián Sichel delivered proposals on health within the framework of the realization of the most important Health Fair, Expo Hospital 2021. The moderator of this panel was the Dean of the Faculty of Health Sciences, Dr. Enrique Ayarza, who gave the pass to the first speaker, Dr. César Cárcamo representative of the presidential candidacy of Yasna Provoste. Dr. Cárcamo said that health for this candidacy: “We have to rebuild what we had achieved before the pandemic and the social outbreak. And for this it is necessary to decentralize health.” He added that one of the relevant issues is the crisis that is produced by the long waiting lists. “Although they are not going to end, we have to put urgency on it.” In terms of concrete proposals, Dr. Cárcamo said that it is necessary to decentralize both the country and health. For this, he said that “the new regional governors have to assume that this is a priority issue.” Meanwhile Dr. Peña, representative of the candidacy of Gabriel Boric, Dr. Jaime Peña, who also said that the health of Chileans is a priority of this candidacy. He maintained that he intends to make FONASA, a Universal Financing System, in such a way that – in an eventual government of Gabriel Boric – the ISAPRES would be eliminated. “The ISAPRES would remain as complementary insurance systems,” Peña concluded. “Fonasa must cover the entire population and not as now that the most vulnerable are segregated from the system,” Peña said. In addition, he proposed a National Health System that integrates all healthcare networks. In this sense, he proposed strengthening all the aspects of primary care. Meanwhile, Dr. Liliana Jadue, representative of the presidential command of Sebastián Sichel, said that although there is a common diagnosis ,it is necessary to make the changes gradually”, that is, identifying those of immediate urgency with those of short, medium and long term. He made a difference with the previous panelists: “Changes must be made jointly between the public and private sectors.” He also mentioned the idea of finalizing a Single Health Plan and delivering greater tools to primary care.

The company specialized in management software for collective feeding and clinical nutrition will present the latest advances that seek to benefit the care of patients.

For three days, Expo Hospital presents the main solutions to face today’s medical problems, giving way to the development of health at national and international level.

T-SALUD innovated in telemedicine and attracted attention at Expo Hospital

The Chilean company T-Salud, part of the TotalPack group, which has more than 30 years of experience in technological and logistic solutions in the health area, attracted attention at ExpoHospital with its innovative module for semi-presential patient care “tConsulta”.

It includes recommendations based on an evaluation of the evidence on emerging digital health interventions.

About Welcome to Expo Hospital 2019 Press Center. Here you will find our press releases and recent coverage in the media. For more information, contact: Press Center Michelle Helguero 225307241 mhelguero@fisa.cl 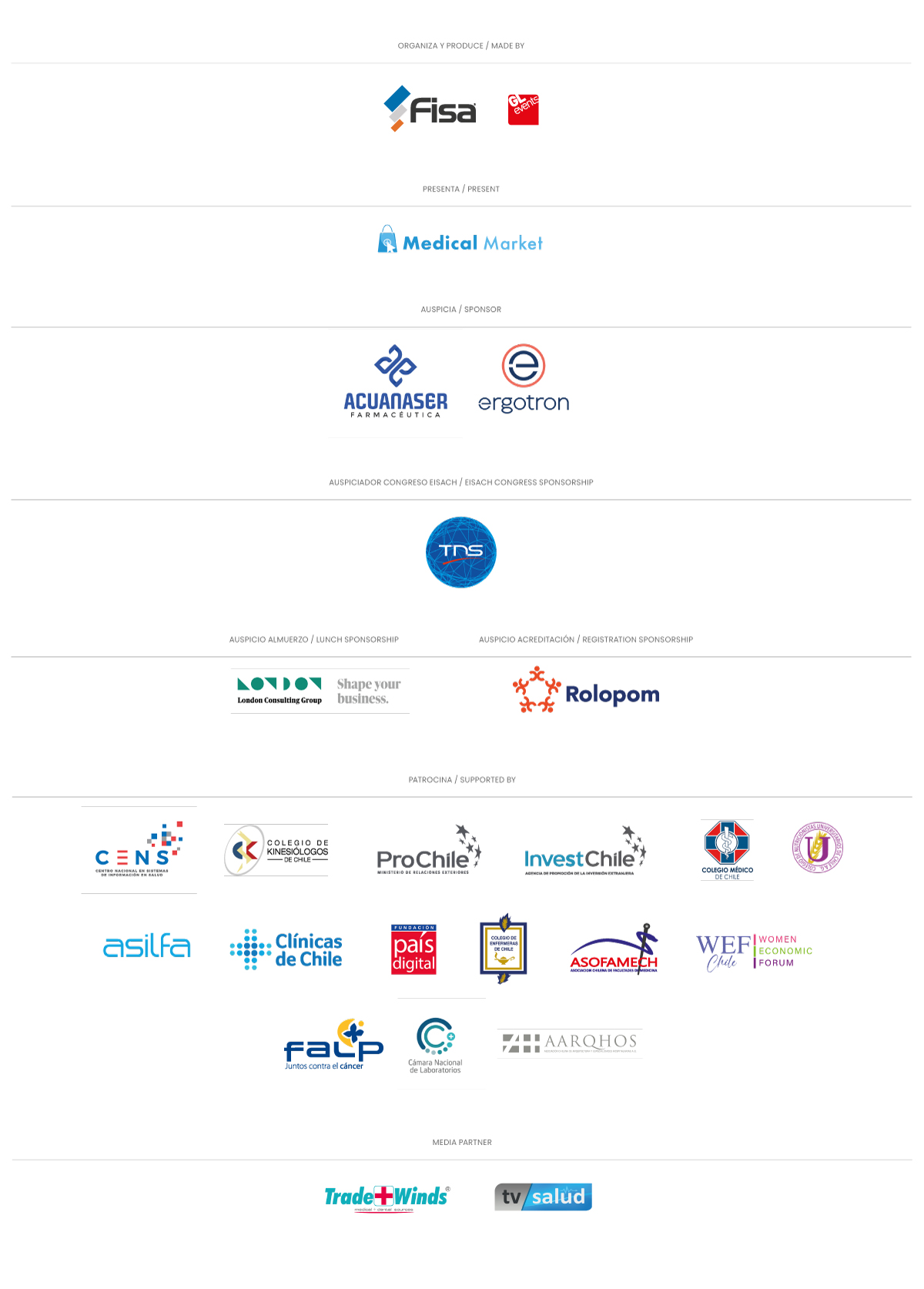 Hi, how can we help you?